OVER TIME OF CORRUPTION

Now civilians can trust on the Administration because this is the time when all malfunctioning people are getting trapped in the net of Police and system.
Either in the case of Telecom Scam or CWG (Common Wealth Games).

It is clear that there is no escape for giant also .

There is the fresh example of Kanimozhi Arrest and sending her in Tihar Jail one of the Powerful lady of DMK family and DMK Chief couldn't do anything to save her daughter.

So, Don't Worry Civilian; it is the over time of corruption but it will not remove completely until We (the mass) take initiative.

So. What to wait come to the next and say No TO CORRUPTION.
Posted by Unknown at 3:12 AM No comments:

Indeed, Today if anyone want to be success then he will have to be more and more comfortable with Technologies. Like Computer Internet, Mobile, Chat, Facebook, Email , Bla Bla.

Today Nobody asks about your postal address but ask What is your Email Address.
with the help of Email any one can do the business deal while seating in any corner of the world.

Technology should be accepted as for the use only not for the misuse otherwise it can be more dangerous than helpful.

If we say that upcoming days are of only technology then it will not be wrong.

so, why to wait come and enjoy the lifestyle of Techies.
It is really a fantastic experience. believe me if you adapted once in technologies then you will forget every thing else and really you can do whatever you think in your mind only by shooking your fingres.

we welcome you in the world of Technology.
Posted by Unknown at 2:51 AM No comments:

Vote For Development Not Castism

Bihari public is how intelligent it can be seen after the result of Bihar Assembly election that now Bihar has totally changed. People believe in development concern leader not for that who only talk about the failure and scam.

This is the answer for those people who think that Bihari has no mind and can be influenced easily if any think same then it is the one of the blunder and can be seen by result that bihari don't believe in bakar bakar(only speaking) they believe in work and will worship those who will only work and do work for the public.
Posted by Unknown at 4:34 AM No comments:

Election is on hit in Bihar now and all political parties are advertising themselves as a well wisher of public and worshiping the public like God.

Congress advertising are claiming that give hand to congress and get reward for that and all problem will be solved automatically. And also claiming that during last 20 years public are not getting full advantage of all policies and money given to Bihar. so, give the vote to congress then surely you will benefited.

it means it is clear that centre will only help Bihar when the People of Bihar will give their vote to congress otherwise there is no hope of any help from centre.
Posted by Unknown at 1:22 AM No comments:

ANAND KUMAR AS AN YOUTH ICON

Anand kumar the mathematician is the hope for those students who want to do something big but they have no option because of money. He gave them a reason to smile and fulfill their dream which was impossible before. He started his journey in 2003 under the name super-30 and till today 212 students have been selected in IIT.
In his selection process, Anand kumar first conducts a common test for all and in the next stage he shortlist those who are actually not from economically sound background.
Anand was felicitated by “Dhiru Bhai Ambani Real Hero Samman”, broadcast of documentary on Discovery and National Geography channel in 2008.
Before the initiative of Anand Kumar everybody only talked about poor students that they should be educated but the poor students who had not dare to thought about IIT; because to get admission in IIT is not a joke; everybody know it. For preparation of IIT there need a huge amount of money. How the poor student can pay it? But now by the initiative of Anand kumar it is possible to poor student who has capacity can fulfill his dream to crack the IIT and can get admission.
Anand kumar glorified the name of Bihar and now the people of other states accepting that; really Bihar has huge talent.
Many researches have been conducted to study the Anand technique of teaching and how he prepares them for IIT.

Today in Bihar more and more students want to be engineer and this credit goes to Anand kumar. These students have got confidence that they can also be selected and that is why student are working hard to be success.
If this success story is continue then there is no surprise that in few years Bihar will be no. 1 engineer generator in the country and all Bihar people will be proud to be the people of such great state.
There is no dearth of talent in Bihar but the lack of opportunity, if every student of Bihar will have opportunity then that day is not far when Bihar will be the path founder of the world. In this journey Anand kumar has taken an initiative; now it is our turn.
Posted by Unknown at 1:00 AM No comments:

Step towards Right To Education 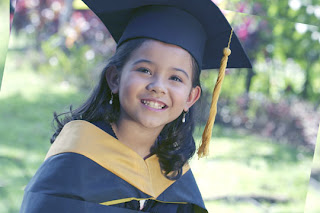 with reference to article 'Learning for all'(July 16),if Government makes recommended that private schools have to take admission on the basis of 75% general and 25% reserved for minority then it would be a blunder and will be against of RTE.
RTE means education for all not only for minority or majority this is equal for all .
If Government really want to include private school for RTE do collaboration with private school on fee level.
There are so many students who are very talented but can’t read in good private schools, so government can help at this stage by helping talents to take admission in good private schools.
But for real success of RTE Government will have to open a number of schools and will have to provide quality education.
Mid-day meal plan is really a great step towards the success of RTE, but Government will have to make this plan more transparent and perfect.
Posted by Unknown at 10:43 PM No comments:

There are some strange relationship between media and celebrities. this is a fact that when a person is not a celebrity s/he wants a news coverage to become populer and when s/he becomes populer, s/he does not want coverage. actualy reason is what? the very simple answer is that media does cover everything related to a star/celebrity in this sequence of coverage media also cover their so called personal lives. i am telling so called personal life because it is not actually personal it always becomes populer.most of the time media uses this type of coverage to increase their TRP @ READERSHIP so they are always hugry to take some private moment picture of stories from celebrities life. perception of media is that people want to more and more about others and that other person is any celebrity then it is very tasty and interested matter to watch, read or listen to. in the recent case, the marriage of Mahendra Singh Dhoni and shakshi was on hit in the media. all media channels, news-papers were mushroomed with MAHI's wedding, i am not telling that media shouldn't show these type of things but media should not forget their main goal. they don't think always about business and TRP. Till to the marriage of celebrities is okey but involing so much in the life of them is not ethical and it really makes worst the life of celebrities. they are also human being so media should not treat like a watchdog here. it is real matter that people want to know more and more about celebrities but it does not mean to make celebrities life the hell.
Posted by Unknown at 6:24 AM No comments: